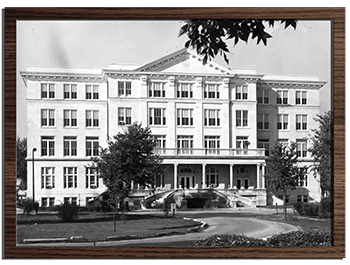 Burke Administration Building was named in honor of Edwin C. Burke, a dentist from Chicago who was a member of the Board of Trustees from 1916-1944. Though the building was constructed in 1906, it wasn’t dedicated and named for Burke until March 1950. 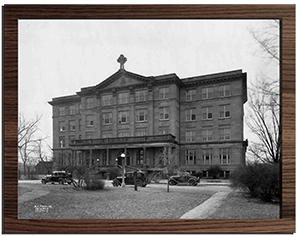 Originally, the building was named Marsile Hall in honor of Fr. Moses Marsile, president when the college was Catholic owned and called St. Viator’s. 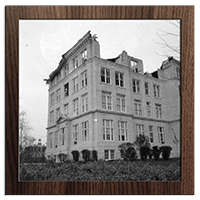 Burke suffered major damage when it was struck by a tornado April 1963.